MAB20’s academic track includes four Paper Sessions, where the selected full papers and Late-Breaking Works (LBW) will be presented via Zoom. Each session will feature six 5-minute presentations followed by discussion. This session will be moderated by Dr Alexander Wiethoff, Senior Lecturer at LMU Munich. See below the selected papers to be presented in this session:

Decolonizing the Urban Screen: An Argument and Approach for First Peoples-led Content Programs in Massive Media

Urban growth continues to colonise and have devastating impacts on unceded lands and sites significant to Traditional Owners. In the wake of urban expansion, millennia of cultural traditions and culturally significant stories are often concealed or erased as concrete is poured or as lights turn on. The continuing emergence of massive media in the urban environment presents an additional risk for cultural erasure as places turn into screen spaces. We provide an argument for massive media and their content to closely connect with the lands they inhabit by giving voice to First Peoples narratives, and for First Peoples to lead in content creation. To this end, we discuss The Digital Birthing Tree, a bespoke content program for a large integrated media façade on Wurundjeri Lands in present-day Australia. The analysis of our case results in six decolonising approaches that help practitioners engage with First Peoples-led content programs in culturally responsive ways. First Peoples leadership in massive media is urgent–not optional–enabling a unique opportunity to share millennia of traditions and knowledge, while responding critically to ongoing destruction and destabilisation of culture, lands and biodiversity.

A Critical Review of How Public Interfaces Facilitate Placemaking

Although public interfaces are promised to facilitate placemaking by offering a dialogical platform to
mediate between different stakeholders, little is known about whether they actually brought decision-makers and citizens closer together towards local transformative change. By systematically analysing the adopted infrastructural concepts, methods and tools of 40 placemaking interfaces, this review synthesises a relational model through which three distinct types of civic agency can be afforded. We discuss how most of these interfaces are based on utilitarian motives rather than facilitating placemaking; provoke dialogues among citizens instead of between stakeholders; fail to upend the hierachical dependencies between stakeholders; make use of certain technological means that limit citizen agency; and are controlled by covert gatekeepers who operate without much accountability. Based on these findings, we propose five &quot;middle-out&quot; considerations that can inform the next generation of placemaking interfaces to facilitate iterative and meaningful bilateral dialogues between decision makers and citizens.

Recent advances in Augmented Reality (AR), the Internet of Things (IoT), cloud computing, and Digital Twins transform the types, rates, and volume of information generated in buildings as well as the mediums through which they can be perceived by users. These advances push the standard approach of media architecture to embed screens in the built environment to its limits because screens lack the immersive capacity that newer media afford. To bridge this gap, we propose a novel AR approach to media architecture that uses a Digital Twin as a platform for structuring and accessing data from various sources, including IoT and simulations. Our technical contribution to media architecture is threefold. First, we extend the possibilities of media architecture beyond embedded screens to three dimensions by presenting a Digital Twin using AR with a head-mounted display. This approach results in a shared and consistent augmented experience across large architectural spaces. Second, we use the Digital Twin to integrate and visualize real physical sensor information. Third, we make artificial occupancy simulations accessible to everyday users by presenting them within their natural context in the Digital Twin. Observing the Digital Twin in situ of the Physical Twin also has applications beyond media architecture.
Fusing the two twins using AR can reduce the cognitive load of users from consuming big and complex information sources and enhance their experience. We present two use cases of the proposed Fused Twins in a university building at ETH Zürich. In the first use case, we visualize a dense indoor sensor network (DISN) with 390 IoT sensors that collected data from March 2020 to May 2021. In the second use case, we immerse visitors in agent-based simulations to enable insights into the real and projected uses of space. This work brings forward an ambitious vision for media architecture beyond traditional flat screens, and showcases its potential through fusing state of the art simulations, sensor data integration and augmented reality, finally making the jump from fiction to reality.

Generating and Disseminating Intermediate-level Knowledge on Multiple Levels of Abstraction: An Exploratory Case in Media Architecture

The concept of intermediate-level knowledge is increasingly used in interaction design research and media architecture. Recently it has been proposed that intermediate-level knowledge is better actionable to designers when it is conveyed on multiple levels of abstraction. This paper shares an approach-in-the-making to generate and disseminate knowledge in line with this proposition. We describe an ongoing exploratory case in which the aim is to generate actionable insights with regards to promoting neighbourhood resilience through media architecture. In our approach, we explicate knowledge on three levels of abstraction: design examples (most concrete), a framework (most abstract) and design strategies(in between design examples and framework). We discuss how the roles of these levels of abstraction are distinct when either generating or disseminating knowledge. We conclude our paper by looking ahead. As our research team will start to engage with partners in social design, architecture and urban planning, we will explore how our multi-level approach to intermediate-level knowledge is fruitful in generating actionable insights for a more interdisciplinary audience.

This paper documents the development of a framework for the evaluation of interactive installations in a public setting through a small scope literature survey. The aim of this is to outline the most generally used methods and metrics through which these types of implementations are evaluated, and following this, create a framework that will allow these researchers of this blossoming field to more easily prepare and specify an evaluation for the artifact in question. Contribution statement: We report a framework for the evaluation of interactive public installations based on a literature survey. The aim is to document used methods and metrics to support researchers in evaluations 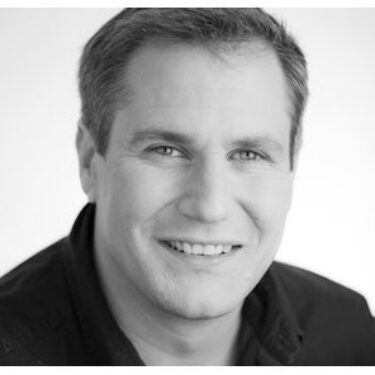