MAB20’s academic track includes four Paper Sessions, where the selected full papers and Late-Breaking Works (LBW) will be presented via Zoom. Each session will feature six 5-minute presentations followed by a discussion. This session will be moderated by Asst. Prof. Dr. Karolina Zielinska-Dabkowska (Gdańsk University of Technology). See below the selected papers to be presented in this session:

Playing with the Spirit of a Place: Designing Urban Interactions with Hybrid-Resolution Media Façades

Play is an integral part of the human experience that has been brought into urban city development in the form of digital media, particularly high-resolution interactive screens or projections, and responsive low-resolution LED lighting. While many studies have looked into these media separately, there lies a gap in considering the simultaneous use of high- and low-resolution media façades (hybrid-resolution), particularly in urban interaction. This study involves the creation of an interactive “ghost”; character combining projection and LED strips on a large public façade to discover design implications and perceptions towards such an interface. It addressed at first non-hybrid resolution designs, involving observations and semi-structured interviews in-the-wild. The outcomes of that study then supported further studies into designing hybrid media façades, including a discussion on social benefits of playful urban interactions and its potential for creating playful cities.

An ocular-centric fixation governs the majority of examples in both traditional and media architecture. Stepping away from this predominance, the three technology-augmented installations described in this contribution focus primarily on multi-sensory spatial interactions. To trigger curiosity and establish engagement, we make use of magic as a metaphor to encourage playful exploration of the installations’ possibilities and speculation on their modus-operandi enigmas. This combination elevates the exhibition space as it appoints the human body as the key constituent of the experience. Placed at the entrance hall of an integration school (for Deaf, hard-of-hearing and hearing children and staff ), our installations are aimed at raising population awareness by highlighting this population’s particularities. In this paper, we detail the constellation of magical design characteristics of our artifacts and propose a set of considerations that could bring forth magical media architecture experiences.

Despite the differences of our economic systems, models of governance, cultures, and population sizes, China and Australia share common destinies as societies with rapidly urbanising futures. This presents significant challenges for urban planning, placemaking, and the sustainability of livable, urban communities in our cities. The experimental project ‘metaPLACE’ aims to use Australian derived participatory urban media to test the effectiveness of co-designed urban media interfaces in helping government and urban planners better understand and design for rapidly urbanising cities. Using Chongqing as a case study, metaPLACE tests the theoretical assumption that participatory urban media (large and small interactive screens, installations, façades, and devices) can act as a co-designed interface between diverse community, industry, and government stakeholders. The research assesses how interactive media installations can build engagement and dialogue between citizens and other city stakeholders about the places in which they live, work, and play. Our initial findings suggest despite the current political tensions, Sino-Australian co-operation can transcend disciplinary silos, and culturally biased assumptions about design to collaboratively identify placemaking problems and co-design novel urban media concepts and solutions.

Media architecture has become increasingly common in public spaces, including public displays, media facades and interactive installations. These design interventions bring not only new appearances to the city but also facilitate new experiences and interactions in public spaces. Along with the continued interest in developing a better understanding of the impact of media architecture on people’s sense of place, we seek to develop a place-oriented approach that incorporates the consciousness of place to create installations that resonate with people and places. In this study, we reviewed existing media architecture installations to develop a better understanding of the opportunities and challenges for media architecture to support placemaking. Based on this analysis, we reflect on what we have learned from the field study and explore how we might translate field knowledge to a design framework that supports a place-oriented approach.

Storystamp: Evaluating the Impact of the Place-oriented Approach for Placemaking

Storystamp is an interactive installation designed using the place-oriented design approach that we have developed previously as part of a research project titled: A place-oriented approach: from field knowledge to design framework. The approach was developed based on the literature of place and a field study of existing media architecture artefacts. It aims to provide place-oriented design framework that enables designers to engage with and incorporate the uniqueness of places when designing media architecture artefacts. In this study, we provide an evaluation on the impact of the framework on designing media architecture artefact for placemaking. Using the case of Storystamp, we conducted a field study that consists of observations on how people interact it. We also interviewed people who interacted with the Storystamp. Based on the findings from this field study and interviews, we report on people’s interactions and experiences with the Storystamp to identify the potential for place-oriented design artefacts to facilitate placemaking. 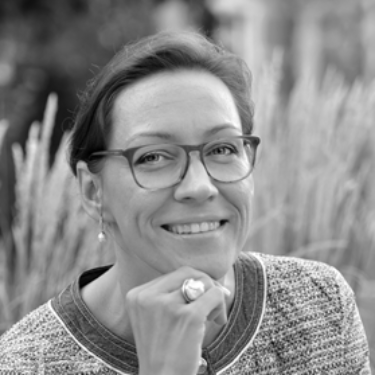 Assistant Professor at the Faculty of Architecture, Gdansk University of Technology, Poland